Don't judge a kid by his leg size. Little Henry Honeycutt can carry an insane amount of preparedness.

Created for this Illustration Friday's topic of the week "carry."
Posted by Jim at 6:15 PM 43 comments:

"I don't care if you're LOST! We LOST the pennant by inches! And your antiperspirant ain't makin it! And your red SOX are ridiculous!" 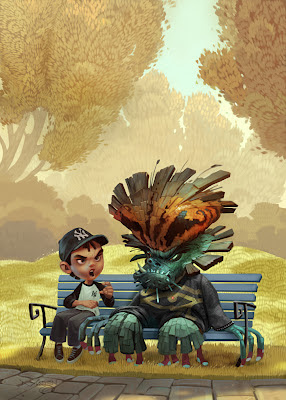 I had two ideas for Illustration Friday's word of the week "LOST." This was the second.

I've been to New York one time. It was humid, smokey and smelly except for Central Park which was awesome. As refreshing as the park was I did see one of the strangest creatures ever... it was a human, but barely.

"Maybe we should find its mother." 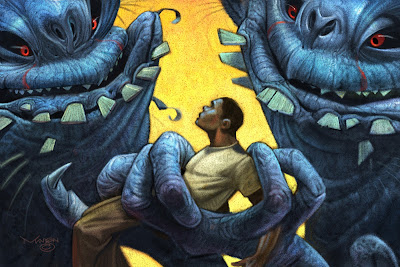 His final act would be to suspend an upside down elephant using no ropes or cables, only magic. His metal ring would be proof. It worked great until the halfway point. It was his final act. 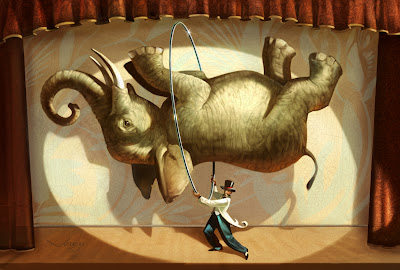 Created for Illustration Friday's word of the week "suspend."
Posted by Jim at 9:10 PM 22 comments: 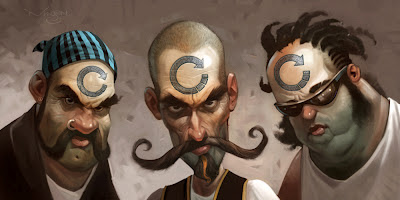 Painted for illustration Friday's word of the week "refresh."
Posted by Jim at 7:54 PM 18 comments: